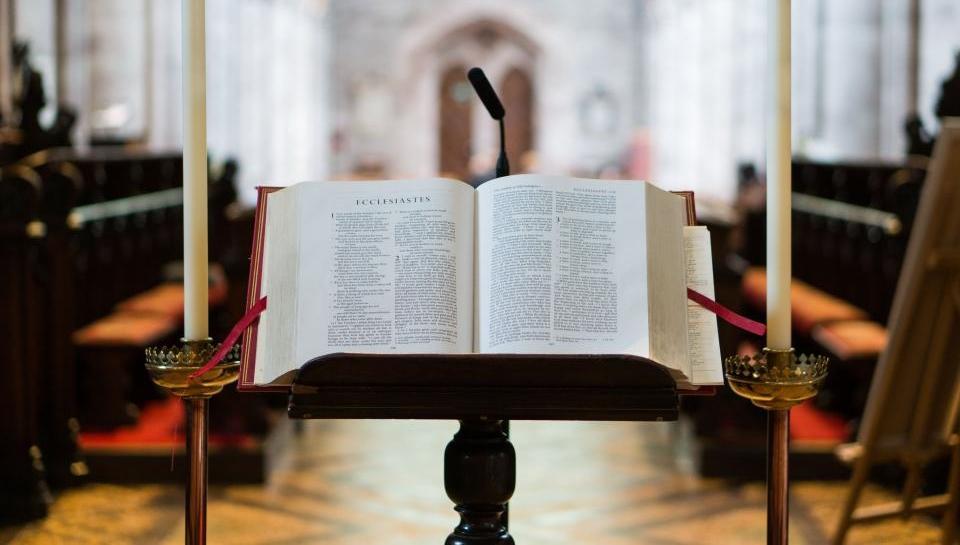 The rise of women clergy and female participation in church leadership has gained much ground in the last hundred years or so, especially in recent decades. The issue at hand here is whether or not this is okay with God. I know that what I am teaching here on women clergy will not be accepted well with some, and that’s okay. I’m here to please God and he is the one I will have to answer to. Contrary to the position of some, the Bible is very clear on this issue and the only way anybody can read something different into the text is 1) they are taught it by somebody else, or 2) they refuse to accept what the Bible says because they want to do what they want to do.  Women should not be clergy or teach theology in any manner where they are in a position of authority over men.  Older Christian women are instructed to be an example to the younger women in being good wives and mothers by the manner in which they live their lives (Tit 2:3-5; also cf. 1 Tim 2:15).  This clear biblical teaching is not based on cultural conditions, but is a perpetual truth for all time and all conditions on this present earth.  Paul makes this very clear when he bases his command on two permanent historical events.  These are 1)  the creation of the man before the woman, and 2) the deception of the woman at the fall (1 Tim 2:12-14).

It is amazing to me how many pastors and churches will twist the scriptures around just to appease the demands of others in order to be politically correct.  For example, the claim that woman clergy are okay with God as long as they are under the authority of the senior pastor who is a man is not supported biblically.  The argument that not enough men are stepping up to the plate is an invalid excuse; in fact, it shows a lack of faith and trust in God whenever we think we need to help God along in such a way despite his commands. If anyone really actually believes there are not enough men stepping up to be pastors, Jesus offers the biblical solution to any such a scenario as prayer, not disobedience (Matt 9:37-38). Also, the claim by woman pastors that they just want to serve God does not excuse such disobedience, for if they really want to serve God they would do what he says and focus on the much more difficult task of being a good wife and mother which often produces little visible reward or praise in the here and now.  They may really want to serve God, but they want to serve God their way, not His.  It is the rebellion of Korah all over again (Num 16). As my younger daughter often remarks in regards to women and church leadership, “Why do some women insist on doing the only thing that God says they cannot do when they can do anything else?”

There is also the argument that women clergy often appear to have a fruitful ministry that is thriving. However, the measurement of results of a ministry is not the basis of truth and following God, for even Jehovah Witnesses and Mormons have produced good fruits in the lives of others, and their literature has even been the means by which some people are really led to Christ to become genuine Christians.  One of the things I noticed about the larger denominations that begin to allow women clery is that the next step that usually follows is that they eventually begin to move to the left and it isn’t too long before they begin to struggle with the debate over allowing homosexual pastors.

My suggestion to anyone reading this who questions my interpretation on women clergy is this: read the significant passages in their pure simplicity without listening to what anyone tells you it says and pray for God to give you insight.  Then ask yourself, what does it appear God is really saying here?  You will come to the correct conclusion if you are seeking the truth in sincerity without any bias or ulterior motives.  As for those women desiring to be clergy, I plead with you to abandon this quest since it is not from the Lord.  God simply would not command one thing in the Bible and then tell you to do something that contradicts His teaching.  Instead, you should long first to be a good wife and mother, and as you age and mature, focus on being a good example to the younger women that through your life they may also be encouraged to be good wives and mothers.

Keep your life free from love of money, and be content with what you have, for he has said, “I will never leave you nor forsake you.”
Hebrews 13:5