Some Thoughts on Biblical Infallibility 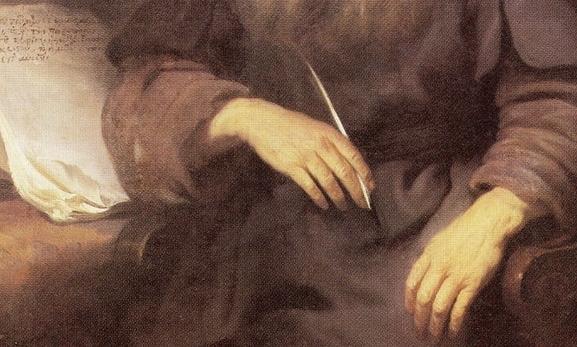 I believe that the Bible is inspired, infallible, and inerrant. However, I do not feel that such a belief is a necessary qualification for faith or salvation. We need to keep in mind that just because the belief in biblical infallibility, inerrancy and inspiration is generally held within traditional Christianity, it does not mean such a belief is necessary to be a Christian. We receive salvation by believing in the genuine Jesus Christ, the Son of God, as our Lord and Savior; it is not based on whether or not we believe the Bible is inspired, infallible, and/or inerrant. So those who try to insist all the claims of Christianity about Jesus are false because they think they have found an error, inconsistency, etc. in the text are approaching the whole discussion with a faulty idea that there is a necessary correlation between biblical infallibility and belief in Christ that doesn’t even exist.

If there was a mistake in our history book, would that mean we would throw out everything else that we read in that textbook as false? Of course not, so why would anybody do that with the historical biblical content? If there were mistakes in the Bible, all that would mean is that we need to analyze each historical event on its own merits. It would not demand that we then consider the entire Bible false just because we supposedly found a mistake. And if we did that without further investigation of each of its claims, it would actually be quite foolish. Thus, when somebody tells me there is an error in the Bible, I voice my disagreement, but then add, “Even if there was such a mistake, what’s your point?”

I began my Christian walk believing in biblical infallibility from the very beginning. Then after further study and the passing of time I began to question whether this included historical accuracy as well. This is because there were some passages that I came across that appeared to be historical contradictions. This is the stage of development where some people become disillusioned as I did. Unfortunately, many fall away at this point, lost in the illusions of their own supposed high degree of knowledge. Pride takes over and quenches out further enlightenment. Yet, even in my confusion at the time I still could not find any certain theological contradictions. For this reason, I still held firmly to the belief that the entire Bible taught one unified theological system. I never saw any valid argument that could convince me to waver from this position.

In time, after much more serious and thorough study, I came to once again believe firmly that the Bible was historically accurate without any certain contradictions. There are, of course, a number of passages that at first glance might seem to be contradictions, but when taking in all the crucial factors resulting from a thorough study into consideration, they always dissolve away like mirages in a dessert. Sometimes its as simple as realizing we are misunderstanding what the writer really means, at other times it is ignorance of the ancient writing methodologies used by the authors, or some other factor we haven’t yet quite grasped. Today, after having examined the main arguments, I firmly believe in complete biblical infallibility.

Many of the supposed contradictions in the Bible (note that I said “supposed”) may actually be purposeful in the same way that Jesus’ parables and metaphors were meant to hide the meaning from those who were not really intent on knowing God and his truth (Matt 13:11-17; Luke 8:10, 18; John 12:37-4; etc.; also cf. John 19:42; Prov 25:2; Matt 7:6). It enables those who want to reject the truth to find assumed contradictions and thus deny biblical infallibility, to harden their heart even more, and use their free will to live the life they chose. It seems that God deliberately allows the truth to be hidden from those who do not really want it. By doing so, it truly gives men and women free will to follow the path of their own heart. It took me many years before I really understood this and was able to accept it and wrap my mind around it. Yet, the whole premise of concealed truth is all through the Bible, but we often tend to ignore those passages because we find them uncomfortable. All men know the truth internally in their being that God is their Creator and the creation itself gives testimony that God is real (Rom 1:20; Acts 14:17). This is why we are told that a fool has said in his heart that there is no God (Pss 14:1, 53:1). Some choose to flee from the light of the truth because they really want to live life as they please without submitting to God (John 3:20). This is why God does not appear openly in the sky and make the truth known to all. If he did, then many people would follow out of necessity, not really out of free will. By rejecting the truth, they then allow Satan to blind them more and more (2 Cor 4:4).

But from there you will seek the LORD your God, and you will find Him if you search for Him with all your heart and all your soul. (Deut 4:29)

You will seek Me and find Me when you search for Me with all your heart. (Jer 29:13)

Just because many could not understand the parables and metaphors of Jesus did not make them meaningless or unreliable. Additionally, just because there might sometimes be difficulty in properly understanding and reconciling different parts of the Bible does not mean they are inaccurate and that biblical infallibility should be rejected. The problem is rather in our ability to correctly perceive based on limited information or misunderstanding of the writer’s meaning for one reason or another rather than any problem with the biblical text itself. Though some might mock the idea of biblical infallibility, the evidence supports such a belief.

Suffice it to say, the Bible is a reliable, God-breathed, God-inspired revelation of love from God to humanity. It is the only means of certain truth in our world. It explains how and why we are here and offers advice to us on how to live our life here while letting us know where we are going. Without it, we are but lost in the dark and violent storm of life without map or compass, tossed here and there by the winds of assumptions and imaginations, and destined to wander lost in the darkness forever.