The Tongues of Pentecost: Miraculous Hearing? Or a Gift of Languages? 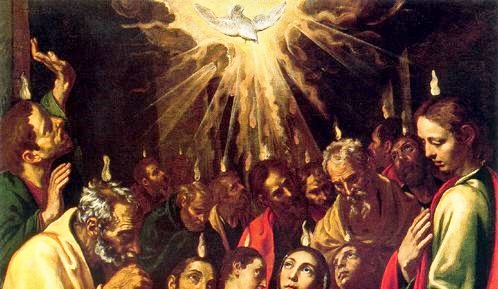 There is a lot of confusion about tongues. The tongues that took place at Pentecost was a work by the Spirit in which those present in a crowd that had come from different parts of the known world heard the apostles speaking in different languages (Acts 2:1–16). There has been a long-going debate as to whether the apostles spoke an angelic language and the miracle included the understanding of an angelic language by the crowd, or if the miracle was simply the apostles speaking in foreign languages that they themselves had never learned.

Singular and Plural for Tongues

In the account of Pentecost the reference to tongues is always in the plural, which suggests that more than one language was being spoken. If one carefully examines Paul’s use of the singular and plural in regards to this spiritual phenomenon, he always uses the singular for tongue when referring to only one person actually speaking at a specific time, but uses the plural for multiple people speaking at the same time. However, when referring to it simply as a spiritual gift (rather than a reference to actually speaking tongues), even as a gift to only one person, he always uses the plural for tongues. Also, Paul makes a reference to the tongues of men and angels, possibly suggesting that sometimes known languages were spoken and at other times unknown languages (1 Cor 13:1). The gift of interpreting tongues in the Pauline passages would thus be a supernatural ability to understand the specific languages of men and angels during the manifestation of such tongues being spoken in the church (1 Cor 12:10, 30; 14:5, 13, 26–27).

When trying to arrive at the proper interpretation of the tongues of Pentecost, we should not ignore the accusation by some that the apostles were drunk (Acts 2:13). There was enough people making such remarks, that Peter felt it was significant enough to defend themselves against the accusation. He responded to the allegation as if it were a reasonable deduction based on their behavior, choosing to defend his group by arguing that it was not the time of the day in which men would normally be drinking together (Acts 2:15).

So what was it about their behavior that led some people to believe that the apostles were drunk? We are told that the crowd gathered because of the sound, which infers that it was multiple people speaking (Acts 2:6). This probably means that the apostles were all prophesying loudly at the same time or immediately one after the other (also see Acts 10:46; 19:6). Certainly, if they all were speaking in different languages, then this might give rise to the accusation that they were drunk, for it is doubtful that any one man could have understood all those languages being spoken. Imagine hearing one person speaking in your language, but at the same time several others with them in a language you don’t understand. You also might think that the men were drunk.

There are also other factors that support the position that the apostles simply spoke in a variety of foreign languages as given to them by the Spirit. For example, if this is true, then the tongues in Acts and Paul’s remarks about tongues seem to correlate well together. However, if this is not true, and it was a miraculous or angelic language at Pentecost, then this means that a miraculous element of understanding was given to all of the unsaved crowd during that manifestation of tongues. However, considering that the interpretation of tongues is a gift of the Spirit, it is contradictory and nonsensical to assume that those without the Spirit were granted that gift.

I used to believe that the language spoken at Pentecost was a single miraculous or angelic language and that God performed a miraculous act of enabling all to understand what was being said in their own language. However, after careful study and review of the facts within the context of the passage coupled with the other accounts of tongues in Acts and Paul’s remarks about tongues elsewhere, I felt that I could no longer support that position. The most logical deduction is that they were actually speaking in the languages of those present by a miraculous manifestation of the Spirit that enabled the apostles to do this.

Interpretation of tongues is a gift of the Spirit, which means those unsaved people in the crowd during the Pentecost event could not have had the gift of interpretation and so could not have understood a miraculous or angelic language. So, the speaking in tongues of the apostles was speaking in different languages that were unknown to them but known to those who understood that language. The apostles were only understood by the specific people who had comprehensible knowledge of a particular language when it was spoken. Because the apostles spoke in a number of different languages, all of the people got to hear them in their own language, while everyone also heard other languages spoken that they did not understand. This is why we have both recognition of the miracle from some and accusations of drunkenness from others.