1 Timothy 3:2: Husband of One Wife? Or a Faithful Husband? 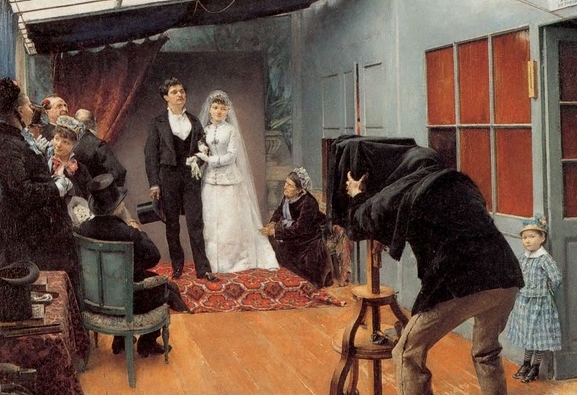 When I was in Bible College, there was a fellow student who was absolutely convinced that he could not be a pastor because he was divorced and remarried to another wife. He based his belief on 1 Tim 3:2, which reads, “The bishop therefore must be without reproach, the husband of one wife.” We find the same restriction for a deacon in 1 Tim 3:12, which reads, “Let deacons be husbands of one wife.” Again, in reference to an elder in Tit 1:6, it says, “if any man is blameless, the husband of one wife.” Many people see these verses as signifying that men who have been married more than once in their life are restricted from filling such ministerial roles. However, others interpret these verses as simply referring to a man who is faithful to his wife, thus restricting church leadership roles only to those men who are having sexual relationships outside of a marriage to only one wife.

What these verses literally say in the Greek is that a man must be a “man of one woman.” The difficulty in interpretation is in determining exactly what Paul meant by this. However, when it comes to resolving the meaning of these verses, we must also take into consideration 1 Tim 5:9, which reads, “Let none be enrolled as a widow under threescore years old, having been the wife of one man.” Here, it says in the Greek, a “woman of one man.” The Greek text with its translation for each of the four verses related to our discussions is found below:

man of one woman

men of one woman

man of one woman

woman of one man

Our verses about the man are in the present tense, stressing that being a “man of one woman” is a present situation in that man’s life. The verse about widows is in the perfect tense, which refers to a past condition with continual effect that is still true in the present of that woman’s life, which is because the husband is now dead. The most reasonable deduction here is that all four of these verses probably carry the same idea. Because of this, any correct interpretation of the meaning will most likely be the same for both church officials and widows.

For those who believe that 1 Tim 3:2 and these other verses are referring to having only been married once, they must admit that there is still at least one exception here. It is quite nonsensical to deny that those who have been married more than once after a spouse has died are still bound by this rule. This is especially apparent because Paul himself tells the widow under 60 to remarry (1 Tim 5:9–15). Thus, if a 59-year-old widow remarries and her new husband dies several years later, it is nonsensical to suggest that Paul is now saying she can’t be a widow on the roster of the church. The reasonable conclusion here is that Paul cannot be talking about a widow having only been the wife of one husband under such conditions. The same must be inferred regarding the man who remarries if his first wife has died.

The second situation we must consider is when a spouse leaves while the one who is left has not done anything worthy of such behavior. If an unbeliever decides to divorce their believing spouse, Paul even tells the believer to let that unbelieving spouse go, assuring them that they are not under bondage in such cases (1 Cor 7:15). He also expects most people to marry (1 Cor 7:9) and instructs married couples not to deny each other sex lest they be tempted by the devil (1 Cor 7:5). Because of this, it is extremely difficult to argue that Paul is going to penalize a widow who has been left and divorced by a previous husband without cause because she then remarries. It is also difficult to insist that a man is going to be penalized from serving God when an unbelieving wife leaves him and he remarries.

Another important scenario to consider is divorce based on fornication or adultery. We must keep in mind that Jesus himself gave an escape clause for divorce if a woman commits fornication (Matt 5:32). Metaphorically, God even permanently divorced the northern kingdom of Israel because of adultery (Jer 3:8). In fact, when a woman committed adultery in Paul’s time, divorce was required both in Judaism and under Roman law.[1] Even Joseph, because he was a righteous man, was going to call off his espousal to Mary for what he assumed was unfaithfulness (Matt 1:19).[2] To suggest that a man who married another woman after his wife cheated on him would be prohibited by God from serving him is implausible in the historical context; it would be much more likely that a man who stayed married to an unfaithful wife would be the one restricted from doing so.

The meaning of 1 Tim 3:2 and these other related verses is related to the subject’s faithfulness to their spouse, not circumstances of life caused by the death, wrong actions, or immoral behavior of the spouse. In addition, the primary meaning here is in regards to the current wife for the man and that last husband for the widow. It is also most probable that this refers to their current life as a believer, not necessarily that life before they came to know Christ.

For the man trying to be a bishop or deacon, it simply means he must be faithful to one wife. This means that he does not have more than one wife or participate in other forms of sexual behavior outside of his marriage. This does not prohibit him from divorcing his wife and marrying another because of adultery. It also does not restrict him from marrying again if his wife abandons him or divorces him.

For the widow whose husband has died, it means that she must have been faithful to her dead husband. This means that she did not participate in other forms of sexual behavior outside of her marriage. Even if she has remarried after a previous husband unjustly divorced her, this does not prohibit her from being enrolled on the church roster for widows.

It is my belief that despite good intentions, some have turned 1 Tim 3:2 and these other passages into a strict restriction of only one lifelong marriage that distorts Paul’s true intention. It is very difficult to correlate such an idea with Paul’s other teachings about marriage, divorce, and sex. This requirement also dismisses the inferred consensus of tolerance for remarriage from Moses, Jesus and Paul. Such a position even ignores the exception clause for divorce given by Jesus himself and penalizes men for doing the same thing God did metaphorically with the northern kingdom of Israel and that Joseph was going to do with Mary. This position also ignores the historical context regarding marriage and divorce in both Judaism and Roman law.

There are some pastors today who do not remarry after their wife has divorced them because if they do so their denomination will then remove them from the ministry and/or withdraw their support. Those denominations who push this position unnecessarily subject these formerly married ministers to the temptation of sexual immorality (1 Cor 7:5). It is my hope and prayer that Christian leaders will open their eyes to the folly of such a position as they come to realize that 1 Tim 3:2 and the other related passages are not restricting a church leader to only one marriage without exception. I can attest with all confidence that the matter here is really just about being a faithful husband.

[2] Those who believe his righteousness is in relation to him doing so silently are misunderstanding the historical context of the passage.

And we know that for those who love God all things work together for good, for those who are called according to his purpose.
Romans 8:28