The Holy Trinity: How Can God be One but Three? 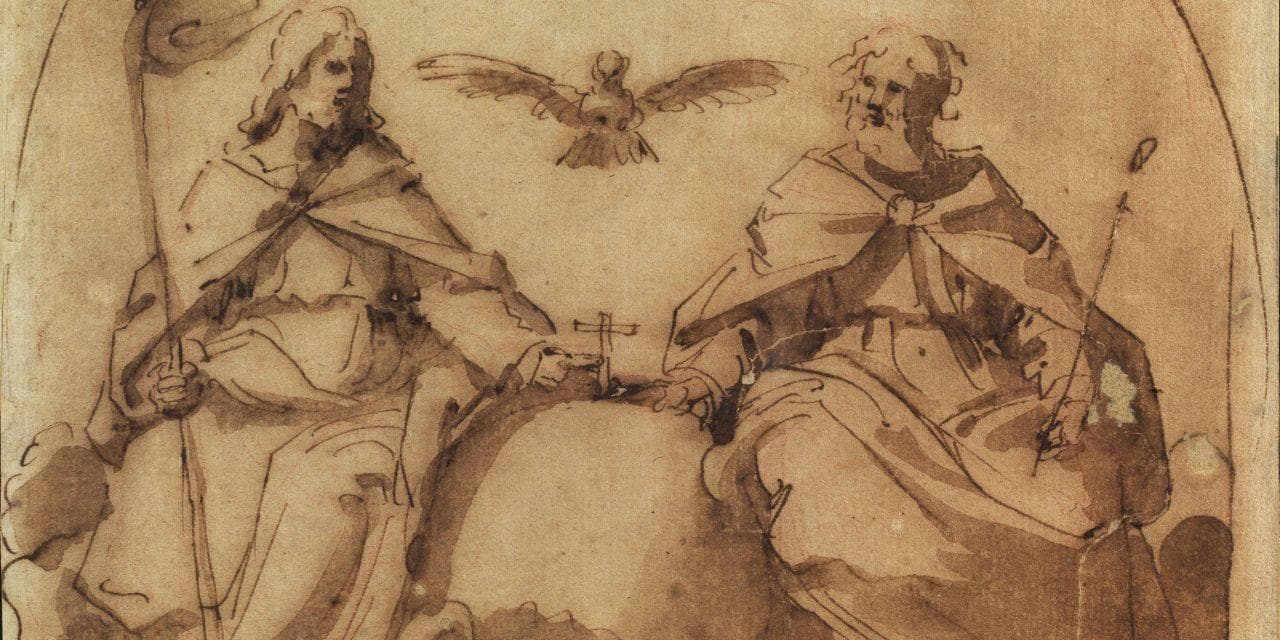 Though the truth of the Trinity has engaged the minds of many theologians and Christians, resulting in much debate throughout the centuries, it is a fundamental doctrine of both the Bible and the church. The concept can be difficult to grasp because of our own nature of being. Because of this, fringe religious groups and the non-believing world often attack the belief in the Trinity as a man-made doctrine even thought this is most definitely not the case.

The Trinity in the Bible

The biblical teaching of the Trinity is that though we as humans are one being with only one center of consciousness from which we are aware of our existence, God is one being with three centers of consciousness from which he experiences reality as personal self-distinctions that we often refer to as “persons” (hypostases as to individuality) (Matt 28:19; John 15:26; 1 Cor 12:4-6; 2 Cor 13:14; Eph 4:4-6; 1 Pet 1:2); they are God the Father, God the Son (Word), and God the Holy Spirit. However, I have never liked the term “persons” to distinguish between the Father, Son and Holy Spirit since this tends to be confused in the human mind with the term “beings.” A better term is “centers of consciousness” as three self-distinctions of the one divine being.

These three personal self-distinctions are all uncreated, coeternal and coequal, having always existed with no beginning as the omnipotent and omniscient God, with differences only in role and function. Yet, they are also inseparable, interdependent, and united as one eternal divine being, but each of them is also conscious of themselves as a personal self-distinction in existing (subsistence) that can interact with the other two (Gen 1:26; Isa 48:16; Matt 3:16-17; John 15:26; Acts 2:32-33).

Since the three centers of consciousness or persons of the Trinity share the same substance, essence, nature, quality, power and will as one divine being, Jesus can say he that has seen him has seen the Father, as well as declare that he is in the Father and the Father is in him (John 14:9-11). This is the same understanding with the passage where Jesus says, “I and the Father are One” (John 10:30).

In addition, Jesus called the Holy Spirit “another Counselor” who would come to his disciples after his departure from the world, but also said that he and the Father would come and make their abode with those who love and obey Jesus (John 14:23). Even though the personal self-distinctions of Jesus and his Father are now in Heaven, they have come to dwell within all Christians in substance, essence and nature through the personal self-distinction of the Holy Spirit who now personally indwells all believers.

The Trinity is also not one God who is also just one person merely functioning in three different roles as some have mistakenly assumed. He is one God with three real self-distinctions as centers of consciousness. Though the former idea has taken root in some groups such as the Oneness Pentecostal movement, the belief is heretical and rejects the basic truth of God’s true nature as one being with three distinct centers of consciousness.

The Trinity in the Athanasian Creed

As stated in the Athanasian Creed:

We worship one God in Trinity, and Trinity in Unity, neither confounding the persons, nor dividing the substance.

It is my hope that this post may have brought some refreshing insight to believers so they better comprehend what the Bible actually teaches on the matter of the Holy Trinity. It is critical to understand that the Trinity is a fundamental doctrine of the Protestant faith, the Roman Catholic Church, and the Greek Orthodox Church. Any divergence from such a belief is a heretical deviation away from the standard of faith; it is a creed that has persisted through the annals of time for almost 2,000 years now, even having survived through various doctrinal struggles and debates in early church history. In the words of Jesus, “Go ye therefore, and make disciples of all the nations, baptizing them into the name of the Father and of the Son and of the Holy Spirit” (Matt 28:19 ASV).