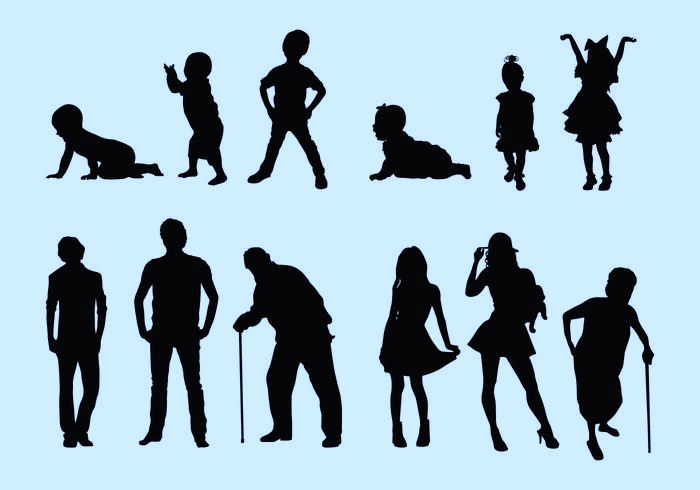 It is still an ongoing debate as to whether or not Luke 12:25 refers to an inability of a person to add to their stature or to add to their life. The verse in its surrounding context reads as follows:

Consider the ravens, for they neither sow nor reap, which have neither storehouse nor barn; and God feeds them. Of how much more value are you than the birds? “And which of you by worrying can add one cubit to his stature? “If you then are not able to do the least, why are you anxious for the rest?” (Luke 12:24-26 NKJV; also see also see Matt 6:26-27)

Though the NKJV translates the Greek in Luke 12:25 as “one cubit to his stature,” most modern versions have incorrectly changed this to “a single hour to his life” or something similar in meaning. The Greek noun for “cubit” is πῆχυς, which refers to a form of measure that is equal to the length of the lower part of the arm, and the noun for “stature” is ἡλικία, which refers to a state of maturity in which bodily growth generally ceases. Though it can sometimes refer to age, it is technically a condition or state of maturity, not age in itself per se. For Luke, it is always related to height as an aspect of maturity: to be short in ἡλικία means to be short in stature (Luke 19:3), to add a cubit to ἡλικία, means to increase the height of one’s stature (Luke 12:25), and to advance in ἡλικία, means to increase in stature (Luke 2:52) [though here the point is that he grew to maturity].

Though a Greek word related to measure can sometimes be related to one’s lifespan (see Ps 39:5), it is highly unlikely that πῆχυς (“cubit”) with ἡλικία (“stature”) is meant to mean a period of time related to one’s life. The principal reason many modern translators have rejected the more probable English translation of “one cubit to his stature” is because they find it awkward in the context. Nevertheless, the other position that it refers to adding time to one’s life is even more problematic in the sense that it simply does not fit the context when it is closely examined in the light of the primary point Jesus is trying to make.

Not Able or Not Allowed?

Most of those who take the position that the statement of Jesus in Luke 12:25 refers to adding time to one’s life interpret this in the sense that we have an exact moment appointed by God to die. This means that man would in fact be able to add time to his life by his own actions if God had not determined an appointed time for him to die. In other words, to loosely paraphrase the idea of such a statement, “You cannot even add one moment to your life because I have set your time of death and thus will not allow you to do so.” When this is thought out to its logical conclusion, it simply does not fit within the context of the passage. Jesus is stressing something man is “not able” to do by his own efforts because of his own innate inability, not something he cannot do because God himself is stopping him from doing so. Luke 12:25 is related to man’s inability in himself, not his inability because of what would be a struggle against God’s will.

Since the whole idea of extending one’s life would really mean going against God’s will in a manner that is absolutely impossible, this cannot then in any way be accurately described in that context as something that is the “least.” The only way such an idea of extended life could fit in this context is if it was something in which God himself did not prevent, but then the statement about not being able to extend one’s life by one’s own efforts before death would definitely be false, not true. In other words, such an idea of extended life against God’s determined time distorts the point that Jesus is trying to make regarding man’s own inability to do something while acting within the freedom of his own innate ability. Taking all this into consideration, the context suggests that the idea is that man cannot even add a cubit of height to his own state of growth. Though some find this concept awkward in the context, this is because they are failing to see the association between stature and one’s bodily needs from the perspective of Jesus.

Growth to maturity is a simple natural process that doesn’t require any anxious effort on man’s part, while striving to provide food and clothing can be a perpetual task of effort and anxiety for the rest of one’s life. As one matures from an infant to an adult, one reaches their maximum height usually in the mid to late teens. Though the majority of height is determined by genetics, environmental conditions such as nutrition and diet during growth can increase one’s height by several inches more than what would normally be expected. Jesus here makes the remark in Luke 12:25 that they cannot increase their height by a cubit (the length of one’s lower arm). This is why Jesus says, “If you then are not able to do the least,” for increasing the height by several cubits is something that God easily brings about in almost everyone’s growth toward maturity by a natural biological process, but man himself cannot add to this in any significant way. Since we can only increase our stature a few inches by our own efforts, and that only through diet and nutrition during that specific period of growth toward maturity, this statement by Jesus in Luke 12:25 is not only scientifically correct, but it makes reasonable sense in the context.

To loosely paraphrase the primary idea in this passage, “If you are not even able do this lesser thing of increasing the height of your own growth by even a cubit, why are you anxious about what is still necessary to ensure your continued survival and health such as food, drink and clothing. Since God is the one who has enabled you to grow to maturity in the first place, then you should also rely upon him for these other things you now still need to sustain and care for yourselves.” The point is that it is God that has designed and enabled the growth of our body to adulthood, so we should now without anxiety also trust and rely on him to provide those remaining things that we need to sustain the health and life of that body for all the years of our life.

God created us, enabled us to grow, cared for us as we matured, and will now continue to provide for us. He provides for all of his creation so certainly he will do so for us. There is no reason to be anxious because God will meet our needs if we simply seek the kingdom of God first. God will provide us with food, water, and clothing just like he does the rest of nature.

I will instruct you and teach you in the way you should go; I will counsel you with my eye upon you.
Psalm 32:8