Bridging the Generation Gap Between Christian Teens and Parents 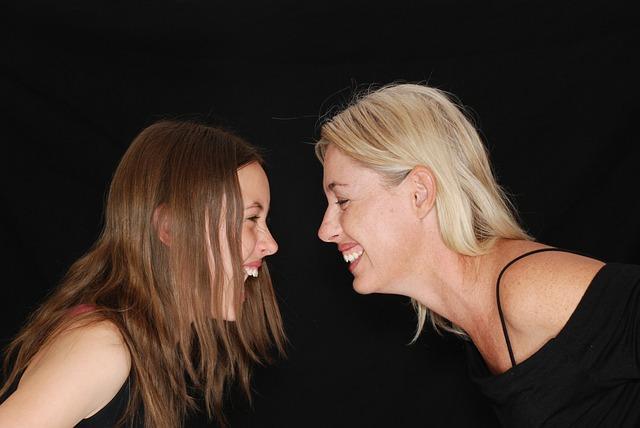 Most of us that have had teen children are aware of the generation gap that comes into play between teens and adults. We know about this because we experienced it in our own life when we were teens. The generation gap between teens and adults comprises a difference in values, behavior, socialization, relationships, communication, appearance, etc. Grunlan correctly notes that the teenage stage usually involves turmoil and problems between the teen and the parents (227). A failure to deal with the generation gap can lead to the isolation of teens from parental wisdom and guidance as they instead drift more and more toward those of a like age within their own generation to find the acceptance they desire. A teen’s relationship with peers in itself is not necessarily bad as long as they also maintain a good relationship with their parents. Otherwise, they are more susceptible to temptation and sin.

Nevertheless, the generation gap issue is not a new problem, but one that seems to take place in every generation. The exact specifics that are relevant to the gap in relating between teens and their parents may change over the generations, but not the problem itself. The teenager is going through puberty and is in the process of becoming an adult while exerting their independence to some degree (Grunlan, 227). They are also in the formal operations period of their life in which they usually possess a greater capacity to reason logically and think abstractly with adult cognitive ability (Grunlan, 234). In other words, they are no longer just the pre-puberty children that the parents are familiar with, but are undergoing changes in their life on how they think and behave.

What Parents Can Do

Teens are growing up in a culture that is much different than anything we experienced as kids (Grunlan, 228). As parents, we need to understand this and open our hearts and our minds in acceptance to their values, behavior, relationships, communication, appearance, and other areas that do not violate basic biblical principles of Christian living or present a danger to our teens. Bridging the communication gap while also maintaining the ethical and moral stance of the parents are seen as major problems during the teen years (Grunlan, 228). But just because we don’t like something, does not mean we should use our authority to force our own views upon our teens as if our ways are somehow better than their preferences.

For example, a teen’s clothing and appearance should be accepted unless is violates biblical principles such as wearing sexually revealing apparel; even then, it should be discussed with them in love and not in judgmental rebuke. We need to treat them like an equal in their personhood with respect for their generation and its culture. As parents, the Bible does not tell us to conform teens to our ideal of what we think they should be, but rather to raise them up in the way of the Lord (Prov. 22:6). In like manner, Paul says that we are not to provoke our children to anger, but instead bring them up in the discipline and instruction of the Lord (Eph 6:4).

It also might be a great idea for parents to make a regular practice of doing something with their children that shows support and acceptance of who they are as part of their unique youth culture. My wife sometimes sits with our daughters and watches music videos with them of the groups they like on YouTube, being careful to never judge their preferences as long as there is nothing biblically inappropriate. I feel that the key to maintaining a healthy relationship with our youth and minimizing the problems of a generation gap are to treat teens as equals, not as equal in authority, but in personhood. They need to feel accepted no matter what biblically unrelated differences they may have that we don’t agree with. We should support and accept their generational nuances and make sure they understood we respect their choices and decisions.

How the Church Can Help

The church also has a great responsibility in easing the generation gap problem and should make more of an effort to address the spiritual needs of teens by speaking to them where they’re at. It needs to examine and approach the problem on two levels. The first is within the context of the family between teens and parents; the other is as it relates to the youth and the church. For an effective improvement that will help teens, parents, families and the body of Christ, a two-prong approach will offer the best plan for improvement in bridging the gap to some degree. It will help create better, healthier and stronger relationships between teens and parents, and youth and the church.

I have been to too many churches that expect the teens to sit in the regular church service, which often does not speak to their needs and instead wants them to conform to the boring world of an adult Christian from another generation that really is in a whole other reality of life that they cannot relate to. The church needs to also directly respond to the teen’s generation, by making age-appropriate services and ministries specifically for them where their culture is given special attention and they are accepted for who they are along with their views, behavior, social norms, and appearance. We need to talk with them, show we care, and listen to their suggestions of what they need from the church. In addition to this, the church should offer instruction and classes to parents on going with the flow in many nonessential areas regarding those teen’s views, behavior and appearance that do not violate biblical principles or morals.

A good case study of how to bridge the gender gap can be seen in how Calvary Chapel did so between older more conservative adults and the young hippie counterculture generation back in the late 1960s. Chuck Smith and his wife opened their home and their arms to a group of hippies, accepting them as they were with their bizarre clothing, wild music, and strange views and behavior. There was no effort to change these young hippies from without, but just to accept them as they were without criticism and treat them as equal to themselves.

Though the generation gap encountered by Chuck Smith was between a counterculture of unbelieving young adults and older more conservative believers in the church, it provides an insightful model on what the church needs to do with our teens by treating them in a similar manner without trying to change the culture of their own unique generation. When parents and the church focus with unity on the generation gap problem, they have a much better chance at easing the tensions that exist. Though there will always be some differences between teens and adults, and we cannot compromise on biblical essentials and sinful behavior, we can at least accept most young generation differences so that our teens do not drift too far away from their parents or the church.

By conducting an analysis and review of this intergenerational issue of a generation gap between teens and parents coupled with my background as a former para-chaplain for incarcerated youth, I came to realize the importance of a two-prong approach of the family and the church. I now see that this is the best means to address multi-facets of a Christian teen’s needs of acceptance from adults in both the dynamics of their family relationship and the spiritual realm as a Christian in the community church. I must conclude that receiving such genuine love, concern and acceptance from adults in such important social structures of their life will narrow the issues arising from the generation gap between teens and the specific adults that matter the most in their life.