Understanding Love and Hate in the New Testament 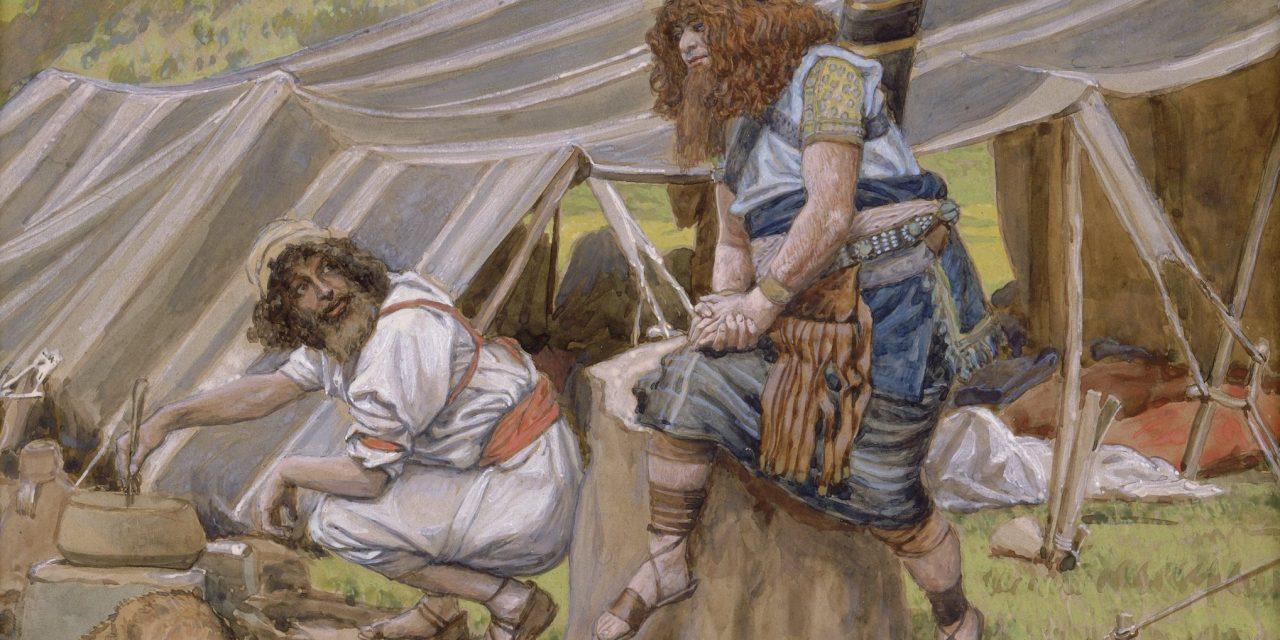 There has been a lot of confusion in properly understanding certain passages that refer to “love” in the New Testament, especially in the matters where love is contrasted with hate. The reason for this is that the English definitions of “love” and “hate” do not fully convey the exact meaning of the Greek words from which they derive. It is my hope that this article will help other Christians better understand what is meant by the New Testament writers when they use one of the Greek words for “love,” especially when they set up a contrast between two objects in which one is “loved” and the other “hated.”

The Meaning of the Love Words

Usually when we see the word “love” in the New Testament, it comes from the ἀγάπη words (noun ἀγάπη; verb ἀγαπάω). The use of the ἀγάπη words in the Bible generally signifies a focused outgoing favor, fondness, affection and/or concern directed toward someone or something. This is frequently expressed or manifested in some type of action or behavior (John 3:16, 35; 14:15, 21, 23-24, 28, 31; 17:23-24; 21:15-16; etc.); when it is not, the nuance that this love leads to expressive action or behavior is still present, even if it is not stressed by the writer. A love signified by the ἀγάπη words is not focused on any type of reciprocal response nor does it require one. It is important to note that this does not always mean a warm, fuzzy feeling of affection, which may or may not be present depending on the context. For example, when we are told to love our enemies (Matt 5:44; Luke 6:27, 35), the idea is to show a sense of favor toward them that will result in treating them kindly; the actual stress in this context is more on how one acts and behaves toward them rather than any inner feeling in itself.

Another translation of “love” in the English New Testament comes from the φίλος words (noun φίλος; verb φιλέω). These words are related to a close interaction and fellowship with the object loved rather than simply stressing the love flowing out from the subject toward the object as in the ἀγάπη words. When it comes to the φίλος words, the idea of the ἀγάπη words are generally inclusive in their meaning, but the φίλος words are not necessarily inclusive in the meaning of the ἀγάπη words. In other words, one who has φίλος for one, also has ἀγάπη for them, but one who has ἀγάπη for one, does not necessarily also have φίλος for them. Most of the time when we see the English “love” in the New Testament, it comes from the ἀγάπη words. However, sometimes “love” is translated from the φίλος words. Thus, it is important to examine which word is being used for a better clarity of the writer’s point.

Love in a Comparison

The Greek verb ἀγαπάω for “love” is sometimes used in a construction in which one thing is loved above another. When used in a contrast like this, we sometimes find the comparative Greek adverb μᾶλλον, which is usually translated as “rather” or “more” (John 3:19; 12:43). At other times we find the Greek preposition ὑπέρ being used in a comparative sense of “more” or “to a greater degree” (Matt 10:37). In both of these cases it signifies an object loved as favored and preferred over another.

At other times in which a comparison is being made, the Greek verb ἀγαπάω is used for the first object and the Greek verb μισέω, which is often translated as “hate” (Matt 5:43; 6:24; Luke 16:13), for the other. Sometimes there is a contrast in which μισέω is used, but ἀγαπάω is absent from the text, though it is still implied (Luke 14:26; comp. Matt 10:37). When we find a Greek construction like this in which love of an object is contrasted with hate of the other object, this does not necessarily mean that the subject has love for one and does not have love for the other, but rather that the one is favored and the other disfavored specifically within the perimeter of that contrast. In other words, he may love both of them, but one is loved more than the other. At other times the “hate” in such a construction might be closer to our idea of the word (e.g., Matt 5:43; Heb 1:9; 1 John 4:20). This can only be determined by the context.

Now that we have established a foundation of the basics regarding the structure of the Greek verb ἀγαπάω as used in comparison, it will be helpful to take a closer look at some relevant New Testament passages. The first is the following in Luke:

If any man cometh unto me, and hateth not his own father, and mother, and wife, and children, and brethren, and sisters, yea, and his own life also, he cannot be my disciple. (Luke 14:26 ASV)

Though the verse above does not contain an ἀγάπη word, it is implied. This becomes clear when we examine another account of the same incident in Matthew, which reads:

The idea of a contrast is implied in the Luke passage and stated more clearly in the Matthew verse. Thus, the idea in both passages is the same. So, the “hate” in Luke simply means that his disciples must not love their own family more than Jesus.

Another important verse is the following:

The idea here is not that God loved Jacob and hated Esau as we understand love and hate, but rather that God favored Jacob over Esau within the perimeter of that comparison. In fact, we can define this further as God favoring Jacob over Esau in the following context of God’s purpose for the two men and their offspring:

And the LORD said to her: “Two nations are in your womb, Two peoples shall be separated from your body; One people shall be stronger than the other, And the older shall serve the younger.” (Gen 25:23 NKJB)

As this article has pointed out, when we see the word “love” in the New Testament, this does not usually mean the same thing as our word for love. The meaning varies depending upon which of the two different words for love is used, with a difference in the operation of love that is either a directed outflow toward an object in the ἀγάπη words, or an interactive reciprocal nuance in the φίλος words. The actual meanings of these words are complex and broader than our words for “love,” and they can vary greatly depending upon the context in which they are found.

The ἀγάπη words also stress a nuance of expected expression in action or behavior. And when the verb ἀγαπάω is used in constructions of comparison between two objects, it stresses favor and/or preference for one object over the other with the affection or fondness understood as variable for each of the two objects depending on the context.

It is my hope that this article can help my Christian brothers and sisters better understand many important passages in which “love” is a factor. I believe it is critical both for comprehending the writer’s intended meaning and better grasping many other areas of theological inquiry. May God be with us all in our study of his word.