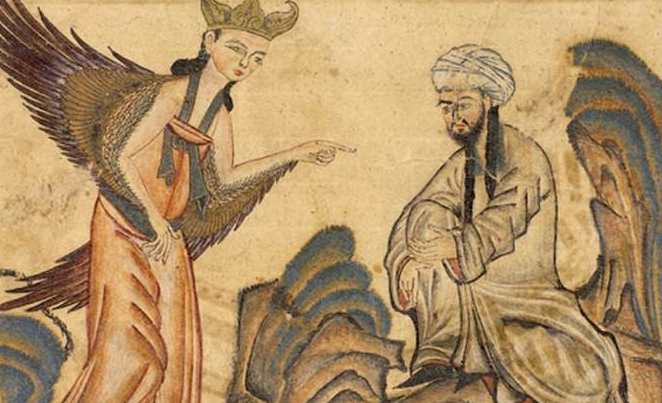 Muhammad considered Jews as “People of the Book” and initially held a somewhat favorable view of them. However, somewhere along the way in his self-declaration as a prophet, his attitude toward the Jews changed for the worse.

What I find extremely interesting about Muhammad’s relationship with the early Jews was that many of them rejected his teachings and constantly sided with his enemies, especially in Yathrib (Molloy 428). Molly tells us that he eventually killed or banished these Jewish enemies (Molloy 428). This clash with the Jews over his religious claims and their treachery in siding with his enemies seems to have affected his supposed revelations from God, since he changed the initial Muslim practices of prayer facing toward Jerusalem to facing toward Mecca instead, as well as changing the day of public prayer from the Sabbath Saturday to Friday (Molloy 433).

I believe that Muhammad’s apparent animosity toward the Jews may have set the stage for the anti-Semitism we find in the world among Muslims today. Having probably been offended by their refusal to believe him and angered by their behavior in siding with his enemies, he began the process of rejecting them through banishment and murder while minimizing his dependence upon Judaism for his new religion.

It seems to me that Muhammad’s revelations were more subjective with his apparent desire to distance himself from the religion of the supposed infidels who rejected his claims and fought against him. It’s what one might expect from a man bent on glorifying himself as God’s prophet and champion in the face of an enemy that denied him the recognition that he sought.

But they who wait for the Lord shall renew their strength; they shall mount up with wings like eagles; they shall run and not be weary; they shall walk and not faint.
Isaiah 40:31