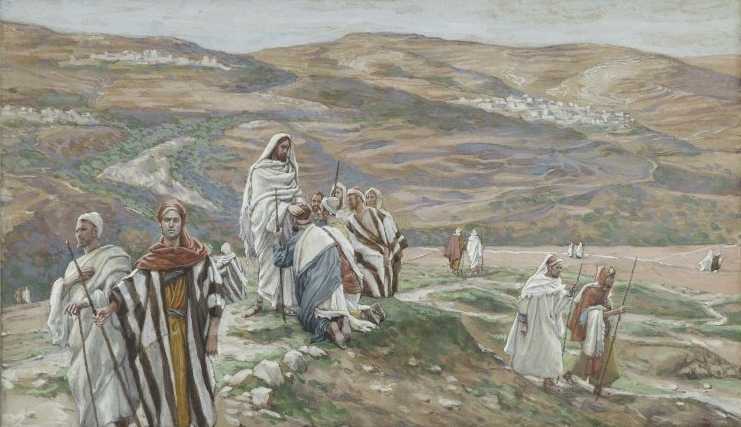 But when they persecute you in this city, flee to another, for assuredly I say to you, you will certainly not finish [going through] the cities of Israel before the Son of Man comes. (Matt 10:23 EASV)

This passage has resulted in a lot of confusion among many Christians. However, it must be examined in its context to properly understand what is going on here. First off, this is not talking about the return of Jesus Christ at his second coming. It cannot be a reference to the second coming of Christ because by that time the Gospel will have been preached everywhere, including all of the cities of Israel. As Jesus says elsewhere in this Gospel, “And this gospel of the kingdom shall be preached in the whole world for a testimony unto all the nations; and then shall the end come” (Matt 24:14 ASV). The author of Matthew is not contradicting himself nor implying that Jesus contradicted himself; nor is this statement a misquote by the writer or a mistake caused by the incorrect assumption of the writer or Jesus himself about the time of the second coming.

The context of this passage is that after having selected his 12 apostles, Jesus is here sending them out in groups of two (thus separated into six different groups) on their first mission that is local in scope to only the children of Israel in the cities of Israel (Matt 10:5-6). There is a two-fold purpose going on here: 1) Jesus is sending them into the cities in which he is going to later follow in order to prepare those living there for his message (this can be inferred from Luke 10:1); and 2) he is preparing the apostles to later witness and preach on a greater global mission to the world after he leaves the earth.

The preliminary mission on which Jesus sent his apostles was a great task, for there were literally hundreds of cities throughout Israel. In fact, he later sent out 70 more disciples (35 more groups) for the same purpose to every city and place (Luke 10:1). In other words, there was no way that the 12 apostles would have been able to go through all the cities of Israel within the designated time. It can be logically inferred that Jesus gave his apostles a place and time to meet him later since they all met back up with him afterwards around the same time (Luke 9:10).

The Greek verb for “comes” in the passage up above that we are discussing is the same that we find in Luke 10:1 that refers to Jesus later coming to those cities after those he sent have prepared the way. Now, with the understanding that Jesus is going to come to those cities later after his apostles had preached there, the passage above is simply instructing them to quickly move on to the next city whenever they are persecuted for they will not be able to finish visiting all the cities of Israel within whatever time restraints Jesus has given them anyhow, meaning they will not be able to do so before he himself enters into all those same cities where they have already gone. In other words, “you will certainly not finish [going through] the cities of Israel before the Son of Man comes [to all of those cities where you have already gone]” (Matt 10:23 EASV).

Hints of a Global Mission

Keeping the proper interpretation above in mind, it must also be noted that there are some verses indicating a larger global mission in this departing message to his apostles in the surrounding context of the chapter (Matthew 10). The reason for this is that Jesus is looking even beyond the restricted mission that is limited to just the cities of Israel since he is also preparing and training his apostles for that greater global mission that would come later after his death. Because of this, he has broadened the message in places to prepare them for where this training will someday take them; what he is teaching them in those broadened statements is actually part of the preparation itself. Even when Jesus was about to be arrested and put to death, he was still in that moment thinking about their larger global mission that was to follow (Luke 22:35-36).

Later, after his death, but prior to his ascension, Jesus commanded his apostles, “Go ye therefore, and make disciples of all the nations, baptizing them into the name of the Father and of the Son and of the Holy Spirit: teaching them to observe all things whatsoever I commanded you: and lo, I am with you always, even unto the end of the world” (Matt 28:19-20 ASV).