Matthew 28:19 as a Baptismal Formula 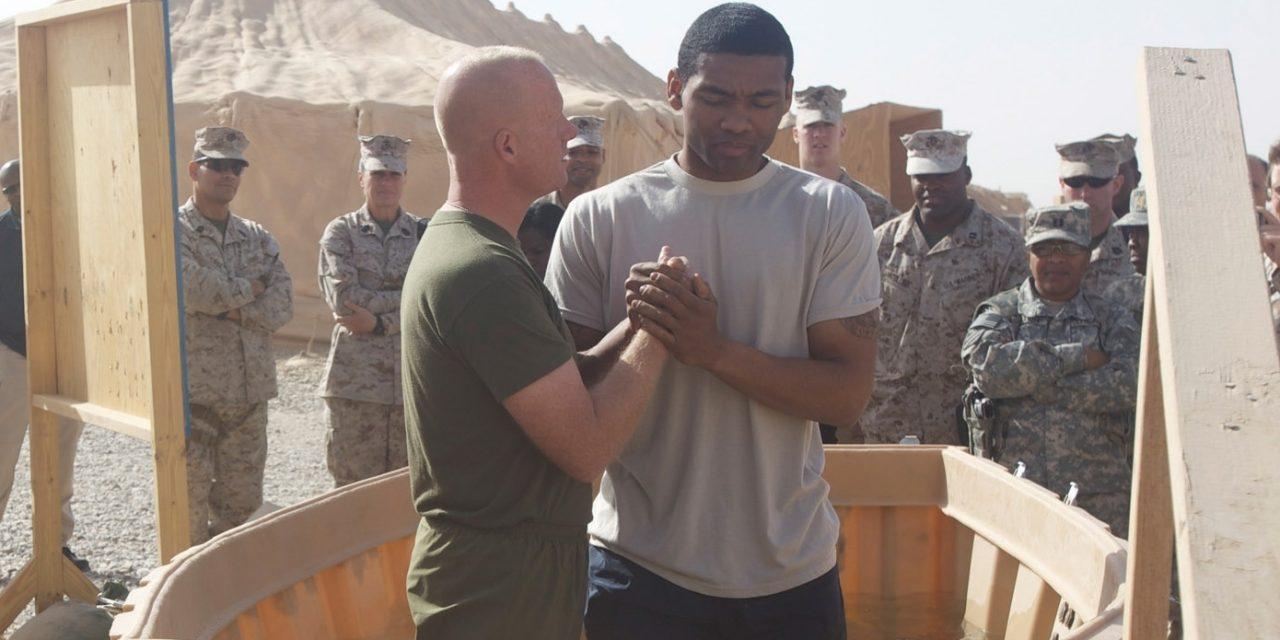 Go ye therefore, and make disciples of all the nations, baptizing them into the name of the Father and of the Son and of the Holy Spirit: (Matt 28:19 ASV)

The meaning of the Greek for “name” as found in the verse above can often simply mean he who is represented by that name, and this is probably the meaning here. In other words, Matthew 28:19 does not contain an exact word-per-word baptismal formula, but rather conveys the idea of baptizing converts into a new life of communion and fellowship with the one God in his triune reality. As John made clear in his Gospel, the Father and the Son come and make their abode in the believer through the indwelling Holy Spirit (John 14:23). Though there are some commentators and scholars that dismiss the idea that the use of the singular for “name” here in Matthew 28:19 supports the idea of the one God in Trinity, with all things considered, I tend to lean toward the position that it does.

And concerning baptism, thus baptize ye: Having first said all these things, baptize into the name of the Father, and of the Son, and of the Holy Spirit, in living water. But if thou have not living water, baptize into other water; and if thou canst not in cold, in warm. But if thou have not either, pour out water thrice upon the head into the name of Father and Son and Holy Spirit. (Didache 7:1-3 APE)

If we seriously ponder the baptisms that were taking place within their actual historical context among first century Jews at the beginning of the church, it is difficult to imagine that God the Father and the Spirit were not also invoked and/or mentioned at least in some form in such a baptism into Jesus. With God as the center of Jewish life, I find it extremely unlikely that they simply baptized converts with a reference only to Jesus alone.

Case in point: the baptism into the name of the Lord/Jesus or the baptism into the name of the Father, the Son, and the Holy Spirit, are one and the same. The literal usage of Matthew 28:19 as an exact baptismal formula may have come later, but not its original substance and meaning that was most likely being implemented in the baptismal formula from the day of Pentecost onward. Today, I support the use of Matt 28:19 as baptismal formula because it correctly conveys the idea of what is taking place and we do not have any other actual formula that has survived from apostolic times. Though I don’t think God will reject the idea of baptizing with a formula using only the name of Jesus, I doubt that such a sparse formula ever existed. It does not signify the deity of Christ, it does not make any mention of God, it minimizes the foundational truth of the Trinity in the believer’s life, and it fails to maintain the importance of the Trinity for future generations.