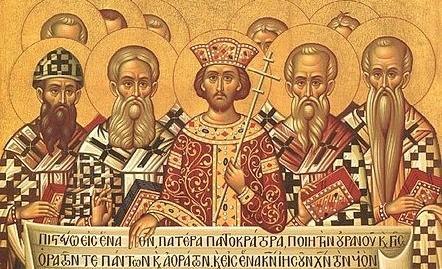 Jehovah Witnesses are part of the Watch Tower Bible and Tract Society, which began with Charles Taze Russell, who was originally heavily influenced by Seven Day Adventist doctrine before developing his own theology. Russell began to distribute his publication of Zion’s Watchtower and Herald of Christ’s Presence in 1879. After the death of Russell in 1916, Joseph Franklin Rutherford took his place as leader of the new movement which was by now known as the Watch Tower Bible and Tract Society in 1917.  Rutherford died in 1942.

From Russell to Rutherford and beyond, much of the theology of the organization has changed numerous times.  Some of the most crucial existing beliefs are that Jesus is not God, but instead the first created being, Michael the Archangel; that the Holy Spirit is merely an active force of God rather than a real person; and that Jesus was raised as a spiritual being since his physical body was dematerialized forever.  They also believe that Jehovah Witnesses should not celebrate birthdays, serve in the military or receive blood transfusions.  They also venture off into other insignificant claims such as the belief that Jesus died on a wooden stake rather than on a cross.

Mormons, also known as the The Church of Jesus Christ of Latter-Day Saints, was founded by Joseph Smith around 1830, and then led by Brigham Young after Joseph Smith was killed.  Joseph Smith claimed to have had a series of revelations, which included the appearance of both God the Father and God the Son.  He insists he was lead to some buried gold plates by an angel which Joseph then translated with the Urim & Thummim, and then returned the gold plates to the ground under threat of death.  The translation was what is now the Book of Mormon.

The basic premise of the Book of Mormon is the story of two civilizations that came to the American continent, including one during the time of the Tower of Babel and the other from Israel prior to the Babylonian captivity around 600 B.C.  While the first group were destroyed because of wickedness, the second group later divided into the two groups of the Nephites and the Lamanites, who were at war with each other.  The Nephites are portrayed as the good group, which even received appearances of Jesus and then believed the Gospel.  The Lamanites, on the other hand, were cursed and received a darker skin.  The Lamanites eventually wiped out the Nephites and the American Indians are their descendants.  The Book of Mormon claims equal inspiration and authority with the Bible.  The original Mormons also practiced polygamy, a practice the group later denounced.

Some of the most bizarre beliefs of the Mormons are that God the Father was once a man like us; that God the Father has a body of flesh and bones; that Mary actually had real sexual intercourse with God the Father; that Adam is Michael the Archangel; that Jesus was a polygamist (Mary, Martha, and Mary Magdalene); that Jesus was the actual brother of Lucifer; and that we have the potential to become gods populating our own planets even as God the Father was once like us.  Mormonism has so many strange and bizarre beliefs that it is impossible to list them all here.  In addition, there is also quite a bit of confusion between what Joseph Smith, Brigham Young, and others have taught, and what the church actually affirms as its beliefs.  Hopefully, the above information is sufficient to show how far their doctrine strays from true Christianity.

There are also other branches of Mormonism which are not covered here.  The information above is relevant only to The Church of Jesus Christ of Latter-Day Saints.