John and the Synoptic Gospels: The Greek of Mark as a Primary Source 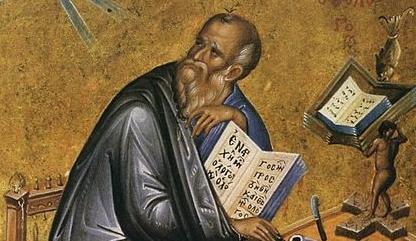 Though it is almost universally accepted among scholars that the Gospel of John was written after the Synoptic Gospels of Matthew, Mark, and Luke, there has been a lot of discussion and debate in regards to the relationship between John and the Synoptic Gospels. The views vary, with some insisting that John used the Synoptics while composing his gospel, some that he was only aware of them, and others that he neither used them nor was aware of them. The purpose of this paper is not to rehash the debate by commenting on the large selection of secondary sources, but rather to take a closer look at the Greek in John at many points where it seems to correlate with the Greek in the Synoptics. The similarities will show that John probably utilized the Greek of Mark.

These similarities in the Greek between John and the Synoptic Gospels, especially with Mark, are sometimes quite striking. For example, this Johannine clause below about the feeding of the 5,000 contains an exact mention of a specific sum that is found only elsewhere in Mark despite the fact that the same event is also narrated in Matthew and Luke:

In the story of the anointing of Jesus there is again a correlation of an exact sum with similar Greek between John and Mark that is not found in Matthew even though it also contains the same story:

These two examples above not only provide further evidence that John was aware of Mark, but that he used some of his Greek. Each additional example of such a close similarity in the Greek increases the likelihood that John used the Synoptics. The following examples are from the walking on water narrative that is found in John, Mark and Matthew (the event is not in Luke):

Though the Greek of John is similar to Matthew in the examples above as well as Mark, an examination of all the evidence that will be presented here in this article seems to favor John’s use of the Greek in Mark rather than Matthew or Luke. For example, compare these clauses below from the trial accounts in the Gospels regarding Jesus:

Though the Greek correlations between John and the Synoptic Gospels in the first example above is in all the Synoptics, the second is found only in Mark, and the third only in Mark and Matthew. This again suggests that the Greek of Mark was probably John’s source. Here are some more passages regarding John the Baptist and Jesus, which also suggest a dependence of John upon the Greek of the Synoptics:

the Spirit descending as a dove out of heaven; and it abode upon him. (John 1:32) – τὸ πνεῦμα καταβαῖνον ὡς περιστερὰν ἐξ οὐρανοῦ καὶ ἔμεινεν ἐπ᾽ αὐτόν

the Spirit as a dove descending upon him (Mark 1:10) – τὸ πνεῦμα ὡς περιστερὰν καταβαῖνον εἰς αὐτόν

Here are a few more passages below, which also suggest a correlation between John and the Synoptic Gospels, but with a greater dependence of John upon Mark:

Destroy this temple, and in three days I will raise it up (John 2:19) – λύσατε τὸν ναὸν τοῦτον καὶ ἐν τρισὶν ἡμέραις ἐγερῶ αὐτόν.

And Jesus said unto them, A prophet is not without honor, save in his own country, and among his own kin, and in his own house (Mark 6:4) – καὶ ἔλεγεν αὐτοῖς ὁ Ἰησοῦς ὅτι οὐκ ἔστιν προφήτης ἄτιμος εἰ μὴ ἐν τῇ πατρίδι αὐτοῦ καὶ ἐν τοῖς συγγενεῦσιν αὐτοῦ καὶ ἐν τῇ οἰκίᾳ αὐτοῦ.

But Jesus said unto them, A prophet is not without honor, save in his own country, and in his own house (Matt 13:57) – ὁ δὲ Ἰησοῦς εἶπεν αὐτοῖς οὐκ ἔστιν προφήτης ἄτιμος εἰ μὴ ἐν τῇ πατρίδι καὶ ἐν τῇ οἰκίᾳ αὐτοῦ.

And he said, Verily I say unto you, No prophet is acceptable in his own country (Luke 4:24) – εἶπεν δέ ἀμὴν λέγω ὑμῖν ὅτι οὐδεὶς προφήτης δεκτός ἐστιν ἐν τῇ πατρίδι αὐτοῦ.

cried out, Hosanna: Blessed is he that cometh in the name of the Lord, even the King of Israel (John 12:13) – ἐκραύγαζον·ὡσαννά·εὐλογημένος ὁ ἐρχόμενος ἐν ὀνόματι κυρίου, [καὶ] ὁ βασιλεὺς τοῦ Ἰσραήλ.

cried, Hosanna; Blessed is he that cometh in the name of the Lord: Blessed is the kingdom that cometh, the kingdom of our father David: Hosanna in the highest (Mark 11:9-10) – ἔκραζον·ὡσαννά·εὐλογημένος ὁ ἐρχόμενος ἐν ὀνόματι κυρίου·εὐλογημένη ἡ ἐρχομένη βασιλεία τοῦ πατρὸς ἡμῶν Δαυίδ ὡσαννὰ ἐν τοῖς ὑψίστοις.

The evidence provided above supports the hypothesis of a relationship between John and the Synoptic Gospels, and that John used the Greek of the Synoptics, or at the very least the Gospel of Mark. There is too much similarity in the Greek of John with Mark at certain points to simply chalk it up to coincidence. It is also unlikely that both John and Mark would have remained so similar in so many places if drawing from the same source (this would almost necessitate that the Greek of the source would agree where the Greek in John and Mark are in agreement). In addition, since the majority of contemporary scholarship certainly places the composition of Mark before that of John, it is John that would have used Mark rather than the other way around. Hopefully this article will stir additional research in this area and contribute further to Johannine studies.

###
[1] The Bible version for all English passages in this article is the ASV. All Greek text comes from the Greek New Testament and LXX Database (BGT) (Norfolk: BibleWorks, LLC., 1999), BibleWorks. v.9. The Greek text in purple shows the use of the same words or directly related words between John and the Sypnotics.

[2] Though this phrase if common in both Mark and Matthew (not found in either Luke or Acts), this is the only place it is found in John, providing further evidence that John probably took this Greek phrase from either Mark or Matthew.