The Revelation of Pentecost: What’s All the Babel About? 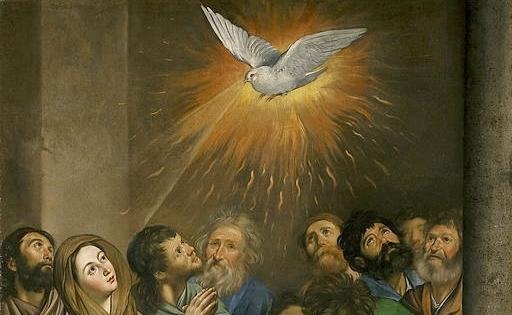 On the day of Pentecost, the apostles and disciples of the Lord were gathered together in one place. Suddenly, there came a sound from heaven like a rushing mighty wind, and it filled the house where they were sitting. Tongues of fire appeared and rested upon each of them. They were then filled with the Holy Spirit and began to speak in other tongues as the Spirit gave them utterance. People from all over the known world were in Jerusalem at the time representing a numerous variety of languages. Yet, all these people heard them speaking in their own language about the wonderful works of God. It was this great event of the church that sealed the rebirth of man into the family of God by the Holy Spirit, and acted as a revelation of this rebirth to the world. Thus, the church as a united community of believers was established. To read more, see Acts 2:1-41.

Though the speaking of tongues definitely took place at that first Pentecost after the ascension of Christ, the meaning and practice of tongues has been disputed among the church of Jesus Christ for many centuries. Most Christians will acknowledge the reality of speaking in tongues in the past, but they will sometimes strongly disagree on the scope of its application to the church as a whole in contemporary times. While numerous Christians today profess to speak in tongues, there is seldom any sound scriptural exposition for the real aim of this miraculous manifestation and its application for the church of Christ. Why did the Holy Spirit first manifest Himself to the world through the church with the speaking of tongues? What does it really mean for us today?

Confusion of Languages at the Tower of Babel

In order to expound on the meaning of Pentecost to both the church and the world, it is necessary that we move back in time to ages gone past, long before the birth of the nation of Israel and prior to the calling out of Abraham by God. We are told in Genesis that all of the earth spoke one language after the flood. The inhabitants of the earth migrated to Shinar and began to construct a city and a high tower reaching into heaven in order to make a name for themselves and to avoid being scattered over the face of the earth. In His displeasure at their efforts, God then confounded the languages of the people so they could not understand each other. They left their work incomplete, and contrary to their objectives, they were then scattered over the face of the whole earth. The city was then called Babel, which means “confusion.” So it is with all efforts that are not centered around Christ.

The construction at Shinar was the attempt of mankind to unite as one brotherhood on earth without a reliance upon God. The city and tower represented the center of their strength and unity created by their own efforts. The triune God looked down upon these efforts and said, “Behold, the people is one, and they have all one language; and this they begin to do: and now nothing will be restrained from them, which they have imagined to do” (Gen. 11:6). If God would not have confounded their speech in His mercy, mankind would have never realized a need for a salvation in God, and all of us today would be rushing forth to our own damnation without a surrender to Christ.

A Language of Unity in Christ at Pentecost

It is the calling of Abraham as the next event conveyed in scripture that immediately follows the confusion of languages at Babel. “In thee shall all families of the earth be blessed,” God promised Abraham (Gen. 12:3). It was through the line of Abraham that Jesus was born to the world, and thus all nations of the earth were blessed by the deliverance from sin through Christ. This brings us back to Pentecost, where men from all languages were gathered together at Jerusalem for the feast. The unity that failed at Babel through the vain efforts of man was now achieved at Jerusalem through the work of God in Jesus Christ.

Before implementing His will to confound the languages of men at Shinar, God said “let us go down” (Gen. 11:7). At Pentecost, God went down again in the person of the Holy Spirit and confederated all men through the gift of tongues so that all understood the good news in their own languages. This was to convey to the world that it was through the rebirth of the Holy Spirit that men and women everywhere could achieve a unity through Christ. Though scattered at Babel, they were now to be brought back together by the Father through the rebirth of the Spirit that comes through faith in the Son.

The city and tower constructed by man’s efforts are futile and vain, and the end but destruction. Yet, through the works of God we now have a tower of unity in Jesus Christ and a city of light in the heavenlies. Though they wanted to make a name for themselves through the tower built at Shinar, it is the name of the Lord that is the true high tower of our strength and unity (Pro. 18:10). Because of the salvation that comes through Christ, we will all dwell within the city of the Heavenly Jerusalem.

The question remains as to the purpose of tongues now in the church. shown, tongues were a manifestation from the Spirit speaking clearly to all in their own various languages to show the unity of men and women in Christ. Unfortunately, much of what is called tongues in the public assembly today does not fit this criteria of comprehension among those who hear. Paul further clarifies the importance of an understanding of what is being said arising from the speaking of tongues with, “If any man speak in an unknown tongue, let it be by two, or at the most by three, and that by course; and let one interpret. But if there be no interpreter, let him keep silence in the church; and let him speak to himself, and to God” (1 Cor. 14:27-28). The purpose of tongues at Pentecost was to convey the unity of men and women in Christ through the Spirit, not to create another community of Babel. Whenever tongues are used in a public gathering rather than in private prayer with God, there must be an understanding of what is spoken through the presence of one gifted with interpretation by the Spirit. If there is not, it is unscriptural and more like the confusion at the city and tower of Babel than the unity of Pentecost.

The focus of the work of Pentecost was not the manifestation of tongues themselves, but rather the unity of mankind in Christ that was conveyed through that manifestation. It was but a revelation of God showing us the true means of unity among men and women. The apostle Paul makes it clear that tongues are a sign for them that believe not, yet if there is no understanding of tongues among those present then it is nothing but babel (1 Cor. 14:22-23). The result of genuine tongues in a group setting is to edify and to unite in mutual understanding not to divide in chaotic confusion. “God is not the author of confusion, but of peace, as in all churches of the saints” (1 Cor. 14:33).

While the work of the earthly city and tower at Shinar may have united mankind outside of Christ if it were not for the intervention of God, we would have then been without the forgiveness of sins that comes by uniting in our Savior. Glory and thanks be to our Lord for His intervention of grace at Babel that spared us again from our own destruction of the second death as the final consequence for us all.

The revelation of God given to the world at Pentecost was the final chapter of God’s plan and the commencement of the last days in which salvation is now offered to us all. It is a message to every nation and tongue across the entire earth that there is but one narrow path to unity of mankind in Jesus Christ as Savior. Having left Babel behind, we must now move forward toward the city and tower of light that God has built which shines in the imminent distance. It is there that we will at last find the eternal life, security and unity we long for as human beings.

© Robert Alan King at BibleCommentator.com, a corrected and updated version based on the original that was previously published in War Cry.  All rights reserved.