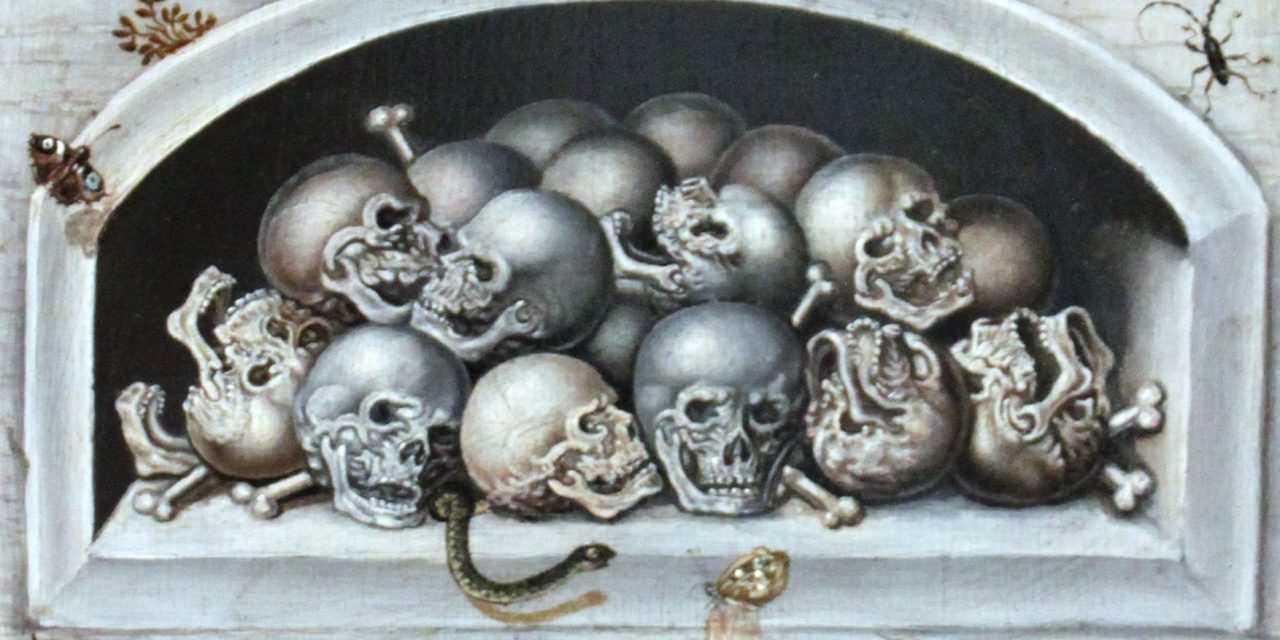 Therefore, just as through one man sin entered into the world, and death through sin, even so death passed through into all men because all sinned; for before the law sin was in the world. Now sin is not reckoned when there is no law, yet death reigned from Adam until Moses, even over them that had not sinned after the likeness of Adam’s transgression, who was a type of the one who was to come. (Rom 5:12-14, my translation)

This passage can be difficult to understand and has been interpreted in various ways by commentators and scholars. The best means of arriving at a proper interpretation is to study it within in the literary context of the rest of the letter, specifically what has already been discussed, examining Paul’s other comments on sin, death, and the law.

At the beginning of the letter, Paul explains what happened after the fall, insisting that mankind was without excuse and subject to God’s wrath when they rejected God and turned to idols because the truth of his existence was evident within themselves and the rest of creation (Rom 1:18-32). He then insists that even those who sin without the law of Moses will perish without being judged by that law (Rom 2:12), because the demands of the law are written within their heart and their conscience bears witness against them when they sin (Rom 2:14-15). He further insists that all of mankind has in fact sinned (Rom 3:23). So, Paul has thus far established some basic facts:

The Spread of Sin and Death

In the passage above, we must start from this foundation of facts just discussed. Paul’s first point is that sin has entered into the world by the means of the sin of Adam, and because of this, death also entered into the world. He then states that in a similar manner “death passed through into all men because all sinned.” Where many interpreters get confused here is in what he means by this statement. Paul is not stating here that somehow we all sinned in Adam as has been taught by some, but infers that these sins are their own sins by saying, “for before the law sin was in the world.” This is further reinforced when he adds, “sin is not reckoned when there is no law.” He is simply repeating his earlier statement that all of mankind has sinned, even using the same exact form of the two Greek words for “all sinned” (Rom 3:23).

Paul also is not teaching that death passed upon each man because of each man’s own sin. He is concerned here primarily with how sin spread death throughout the world to every man. Though Paul does not directly mention the sinful nature here, it is inferred. His point is that as Adam sinned and death entered into the world because we inherit his sinful nature, so death has passed through into all men because they then sin and continue the process of passing on the sinful nature and death to their children. It is an unstoppable pattern within the process of procreation. The basic premise here regarding sin and death is:

Others + they sin = death passes through into all men

Sin, Death, and the Mosaic Law

One of the difficult parts of this passage is when Paul makes the remark that sin is not reckoned when there is no law. However, we already know that Paul insists that the demands of the law are written within the heart of man and that their conscience bears witness against them when they sin, so that they will still suffer punishment. By “the law” here in this passage, Paul simply means the Mosaic Law. Paul is not saying they were not guilty of their sins, but that they were not guilty of breaking the written Law of Moses because it did not even exist yet (see Rom 4:15). We must keep in mind that the Mosaic law contains many commands that would not be considered sin unless they were first commanded, such as honoring the Sabbath day, etc. So Paul’s premise here is establishing the fact that the problem of sin and death existed long before the Mosaic Law was even given to Israel—his point being that sin and death have an independent existence from the Mosaic Law and the reckoning of breaking that law.

Paul’s other point is that even though many men prior to the law did not commit a sin like Adam based on the violation of a direct command from God, death still reigned over them all anyhow. Like many of the laws of Moses, eating from the Tree of the Knowledge of Good and Evil would not have been a sin unless it was first commanded not to eat thereof by God. However, as explained above, Paul taught in this letter that those without the Mosaic law are held accountable for those sins that are based on the truth about God expressed by the creation and those demands of the law that are written in their hearts, while those under the Mosaic law are also held accountable to those additional commands found therein and will be judged by them as well. In other words, sin and death still reigned over the world even before the law.

The Fallacy of Imputed Sin

Though there have been a lot of faulty theological arguments built up around this passage, many of them miss the mark. For example, it is a common argument that Adam functioned as the representative of mankind, and because of this we are in some sense held responsible for Adam’s sin because of imputed guilt and sin. Not only does such an idea lack biblical support here or elsewhere, but it also rips away the ability of Jesus to atone for the sins of the world. It compels one to the logical implication that Jesus must also be guilty of Adam’s sin. For even though Jesus was without his own sin, he is a descendant of mankind through Mary, fully a man in his humanity. If God imputes sin and/or guilt to mankind through representation by Adam, then Jesus through the incarnation as a man must also partake of this guilt. The fact that he is fully God does not negate the fact that he is also fully human.

One thing I wish to make clear is that the idea of inheriting a sinful nature from our forefather is quite different than that of inheriting the guilt of his sin or having that sin imputed to us. Critics may argue that since Jesus did not inherit a sinful nature, it must be possible that he also did not have Adam’s sin and/or guilt imputed to him. Yet, this does not logically follow since the sinful nature is inherited by the natural generation from a corrupt nature of our father, and is not imputed to us by representation of Adam. Since the real father of Jesus was God, and not a man with a corrupt nature, he did not inherit a sinful nature as other men do.

The fact that Jesus did not receive the inherent attribute of the sinful or corrupt nature at his conception or birth cannot by any means eliminate his guilt as a member of the human race if Adam is our federal head and we have his sin imputed to us. If Adam was representative of our race, Jesus is also part of that race and that guilt and/or sin must also be imputed to him as well. And if this is so, he could not have atoned for the sins of others. Fortunately, Jesus did not partake of an imputed sin or guilt from Adam because nobody does.

Though the rest of mankind did not participate in Adam’s sin, all still suffer from its consequences. As I have explained up above, this passage is teaching that sin and death entered into the world because of Adam’s sin, but death then spread throughout the world to all of mankind because all sinned and continued to spread the sinful nature and death through reproduction. Death and sin have existed since the fall of mankind and long before the giving of the Mosaic Law to Israel, thus existing independently from the law. Paul’s main premise in this passage is that through Adam’s sin all of mankind finds itself in a condition in which all are subject to death. Because of the one sin of the one man Adam, death now reigns over all of mankind.